The Unconquered Viking, The Great Bear

After he single-handedly ended the Giant Wars by trapping the fire giant king in his own volcano, Bödvar sensed his work was done. But he felt doomed to never be taken by the Valkyries to Valhalla because he could never manage to be defeated in battle. So he traveled to Asgard himself, broke down the doors, and let himself in.

Bödvar's stats are well-rounded and balanced, with no stat being especially low or high. As well as this, Bödvar has two distinctly different weapons - the fast, string based Sword and the slower, heavy hitting Hammer. These two facts mean Bödvar is very accessible to many players, as he has decent capability in a wide range of uses. It also means that Bödvar can control the flow of a game by switching between fast and aggressive or slow and defensive play. He is a generalist, rather than a specialist, meaning he can capably fit to many play styles. His Signatures also follow this pattern, with some long and some short ranged attacks, as well as some fast and some slow attacks. Some of his Signatures have somewhat unusual hitboxing, meaning getting the most from Bödvar can take some practice, but the Signatures themselves are very mutli-purpose and have a lot of flexibility and utility. Overall, Bödvar's variety in ability makes him accessible to new players, but this same variety also makes him a Legend with strong potential for both agressive and defensive play, with the best players able to switch between the two.

Video guide on the ideal Setup and Strategy of Bödvar created by Boomie. (September 19th, 2018) 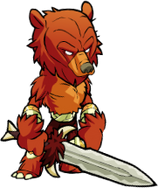 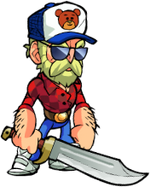 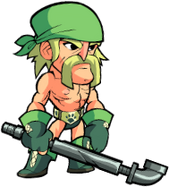 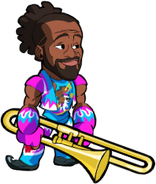 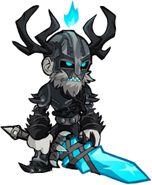 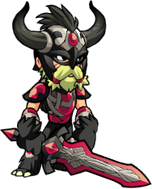 Retrieved from "https://brawlhalla.fandom.com/wiki/B%C3%B6dvar?oldid=3444"
Community content is available under CC-BY-SA unless otherwise noted.