Ada has a cyberpunk theme in her appearance. Her hair is dyed a magenta colour, with a bright neon pink highlight across the front, and is styled such that all of her hair is directed to her left, with very short hair on the right side of her head. While her hair is an unnatural dyed colour, this belies her true nature as a cybernetically modified hacker comes guerilla-fighter, which is more evident seeing her glowing green right eye and similarly coloured element glowing on her cheekbone. Her clothing is a futuristic version of streetwear, also coloured in a striking magenta and pink style with neon green detailing. 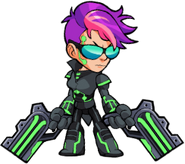 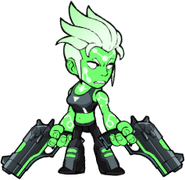 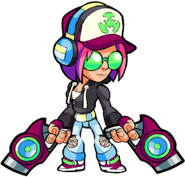 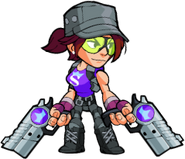 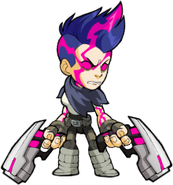 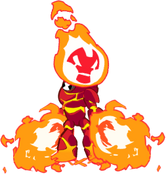 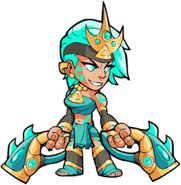 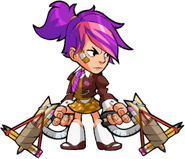 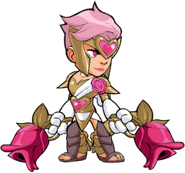 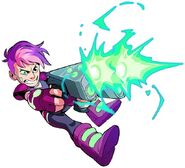 Official Art by TheOddling
Add a photo to this gallery

Lovelaced Ada (valentine's exclusive)
Add a photo to this gallery
Retrieved from "https://brawlhalla.fandom.com/wiki/Ada?oldid=5404"
Community content is available under CC-BY-SA unless otherwise noted.